We would like to offer our sincere support to anyone coping with grief. Enter your email below for our complimentary daily grief messages. Messages run for up to one year and you can stop at any time. Your email will not be used for any other purpose.

Share a memory
Obituary & Services
Tribute Wall
Read more about the life story of EDWIN and share your memory.

Edwin Joseph Craft was born at Fort Jackson in Richland County, South Carolina on May 24, 1952. He is preceded in death by John Rufus Craft, Sr., father, María Gabriela Ornes Veléz, his mother, and Elizabeth Grace Craft, his sister. He is survived by Christian Ashley Craft, his son, Justine Marie Craft, his daughter, and John Rufus Craft, Jr., his brother.

Those closest to him called him Eddy. He had a passion for music. His encyclopedic knowledge of music was always in his conversations with family and friends.

Later in the year he was born, his father was stationed in Salzburg, Austria. His father decided to take his family there where Eddy and John shared the experience of living with an Austrian family. After three years, they returned from Austria to Ft. Bragg and Fayetteville, living in Cumberland County.

He went to Long Hill Elementary School in Fayetteville, North Carolina, where his teachers noticed his accelerated interest in the arts. He also attended Pine Forest High School, Sandhills Community College in Southern Pines, and University of North Carolina in Greensboro.

During the 1960s, he became immersed with the British invasion of rock music. It was during that time, his interest in playing the guitar started. His musical influences were the Beatles, Rolling Stones, Animals, and Herman’s Hermits.

When he was 17, he attended the Woodstock Festival from August 15 — August 18, 1969. He remained at the front of the stage as Jimi Hendrix closed the show on Monday morning. Even though he witnessed and experienced history, his most meaningful achievement was being the father to Justine and Christian Craft.

He enjoyed traveling as well as playing music. He worked a variety of jobs in transportation. He retired in Florida to be near his mother and sisters.

As a child, he was playful, enjoying a life of discovery. As an adult, the playfulness never left him. He enjoyed a carefree life of adventure—pursuing his interest in music.

To send flowers to the family or plant a tree in memory of EDWIN JOSEPH CRAFT, please visit our floral store. 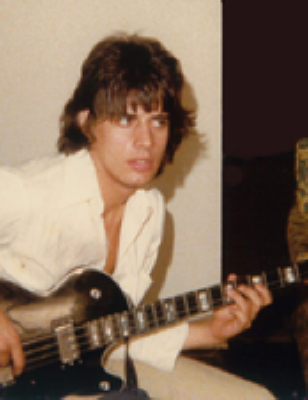 Look inside to read what others
have shared
Family and friends are coming together online to create a special keepsake. Every memory left on the online obituary will be automatically included in the book.

Look inside to read what others have shared

Family and friends are coming together online to create a special keepsake. Every memory left on the online obituary will be automatically included in the book.

You can still show your support by sending flowers directly to the family, or by planting a memorial tree in the memory of EDWIN JOSEPH CRAFT
SHARE OBITUARY
© 2023 Waldon Professional Funeral & Cremation Services, LLC.. All Rights Reserved. Funeral Home website by CFS & TA | Terms of Use | Privacy Policy | Accessibility